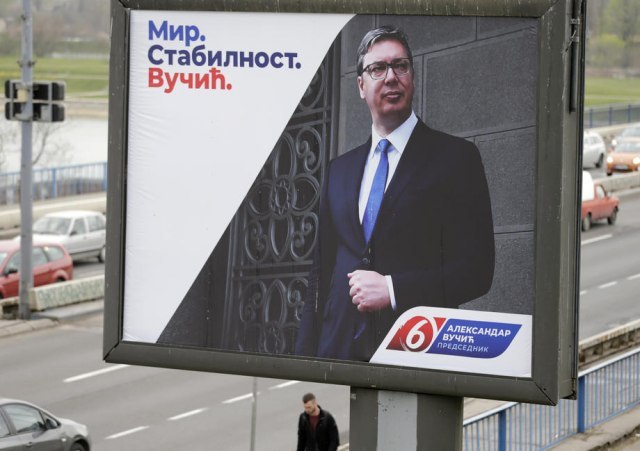 A column by Aleksandar Vui: “This is how I see Serbia in 2025” – PolitiqueFrançais

The President of Serbia, Aleksandar Vui, published an editorial in “Blic”, in which he explains how he sees Serbia in 2025.

“Today the Republic of Serbia is a strong and stable state, a factor of peace and stability, a country of cranes and hoists, new factories and new jobs. Today in Serbia there is no talk more about when life will be better, but about what else we can do to further improve the quality of life of its citizens,” Vui said for “Blic.”

“That’s what we fought for every day, with hard and careful work,” added the president.

Here is the full text of today’s editorial:

It was not easy to get here, because they left us a country with a collapsed economy, where padlocks in factories were more common than machine workers. They left us a country where unemployment was at its highest and salaries and pensions at their lowest. They left an empty public budget in which there was no money for the payment of a month’s pensions.

We had to react quickly and implement a serious program of fiscal consolidation, which included tough economic measures. We started the recovery of Serbia, it was not easy at all, but it was necessary. The results were obvious. From economic growth that was in the red, we have reached the point of being the fastest growing economy in Europe over the past two years. Despite all the crises, the public debt is perfectly under control, unemployment has fallen from 25.9% to less than 10% and wages and pensions have increased significantly. From the average salary which was 331 euros, we reached the level of 635 euros in December 2021. We raised the minimum salary from 15.747 dinars to 35.012 dinars, i.e. the amount for this year. At the same time, I personally opened or laid the foundation stone for more than 250 factories throughout Serbia, and I am proud that our country is a leader in the region in attracting foreign direct investment. Last year alone, we attracted €3.9 billion in foreign direct investment, more than any other Western Balkan country combined.

Thanks to the fact that we managed to consolidate public finances and we have money in the budget today, we designed the “Serbia 2025” program, the implementation of which has already begun. By 2025, a total of 14 billion euros will be invested in various projects stemming from transport infrastructure, then in new hospitals and schools, as well as for energy, youth and pro-natal policy.

Part of this program is the Belgrade Metro construction project, which awaits generations of Belgraders and which finally began to be realized in November last year. Just like we did Belgrade Waterfront, we will do Belgrade Metro, and it’s a project that no one can stop.

I am particularly proud of the part of the program which concerns youth and the pronatal policy, since every mother who gives birth to a child from the beginning of this year will be entitled to non-refundable state aid for the purchase of an apartment or house for an amount of up to 20,000 euros. This will be a considerable aid for the parents, which will be followed by a new aid in the amount of 300,000 dinars for the first child and an additional 100,000 dinars for the second and third child. We hope to set aside as much money as possible for this purpose, because it also means more newborns in our country.

When you look at these results and the planned projects, we should be really proud because we have made Serbia a strong and powerful state. But, I am one of those who are never completely satisfied and who know that they can always do more and better.

The great Victor Hugo once said that “dreams create the future”. We dreamed big dreams, which we managed to achieve through hard work, and now we continue to dream and work. The two major crises that hit the whole world in the previous period, first the coronavirus pandemic, and now the Russian-Ukrainian conflict, have shaken economies much stronger than ours. We are completely stable, we fight well with all the challenges and we continue to build our beautiful Serbia.

Our dream today is that Serbia will be a country with modern highways and railways in 2025, in which every house will be connected to the water supply and sewage network, and in which every citizen will have quality even better life. Our actions give us legitimacy to be able to promise citizens with full certainty, and with full responsibility, that the average salary by the end of the mandate of the next government will be 1,000 euros, and the pension 500 euros.

Together we can do anything!