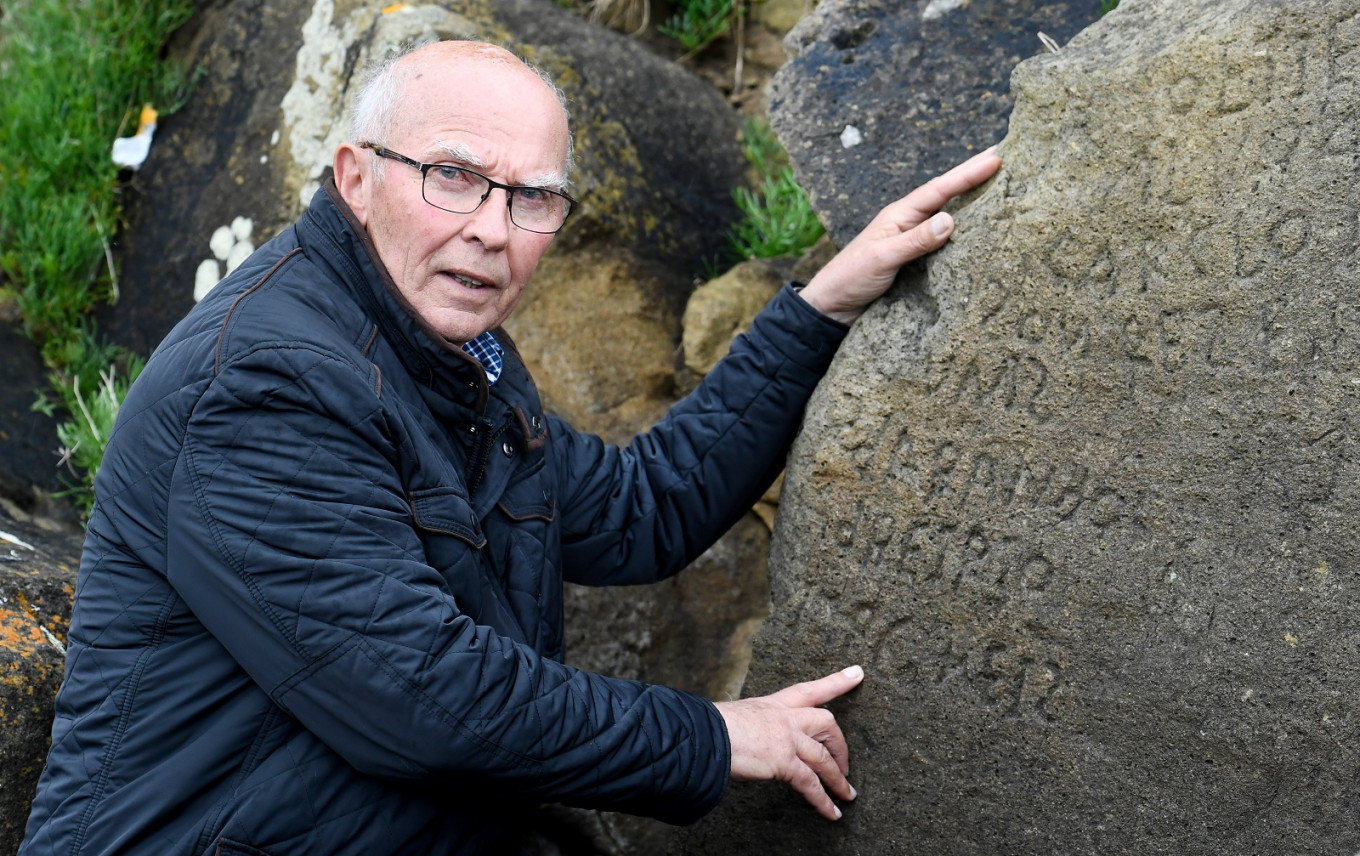 Bathed in the waves of the Atlantic and visible only at low tide, a mysterious rock inscription believed to be centuries old and so far undeciphered lurks outside a French village in Brittany.

The town hall of Plougastel-Daoulas, in FinistÃ¨re, Brittany, in northwestern France, is now offering a reward of 2,000 euros ($ 2,250) to anyone able to decipher the sequence of letters and symbols.

Could the little rock have been used for a love letter whose secret has remained untouched for centuries, or a proud note left by an 18th century fort builder? Or something even more mysterious?

Locally, the rock is sometimes compared to the Rosetta Stone, the large ancient Egyptian stele today in the British Museum, the inscription of which has been partially deciphered by the French Egyptologist Jean-FranÃ§ois Champollion.

The authorities of Plougastel-Daoulas hope that their competition will shed light on the enigmatic piece of history.

“This registration is a mystery and that is why we are launching the call”, declared VÃ©ronique Martin, spearhead of the search for a code-cracker.

The rock, which is about the size of a person, is accessible by a path from the hamlet of Illien ar Gwenn just north of Corbeau Point.

The inscription fills the entirety of one of its faces and is mainly in capitals but there are also images including a sailboat. There are two dates, 1786 and 1787.

“These dates correspond more or less to the years that various artillery batteries which protected Brest and in particular the fort of Corbeau which is just next door”, she specified.

Read also: Exploring the customary village of Todo, a “must do” when visiting West Flores

“There are people who tell us it’s Basque and others who say it’s old Breton,” said the mayor of Plougastel-Daoulas Dominique Cap.

“But we still haven’t been able to decipher the text,” the mayor told AFP, adding that the rock was first spotted about three or four years ago.

The call to crack the code has been made to linguists, historians, academics, students, or just people who enjoy breaking the code as a hobby.

A jury will then meet to choose the most plausible suggestion and award the prize.

“There are a lot of words, they are letters of our alphabet, but we do not read them, we do not decipher them,” said city councilor in charge of local heritage Michel Paugam.

Man Gives Up His Job to Make “Stone Art” | New