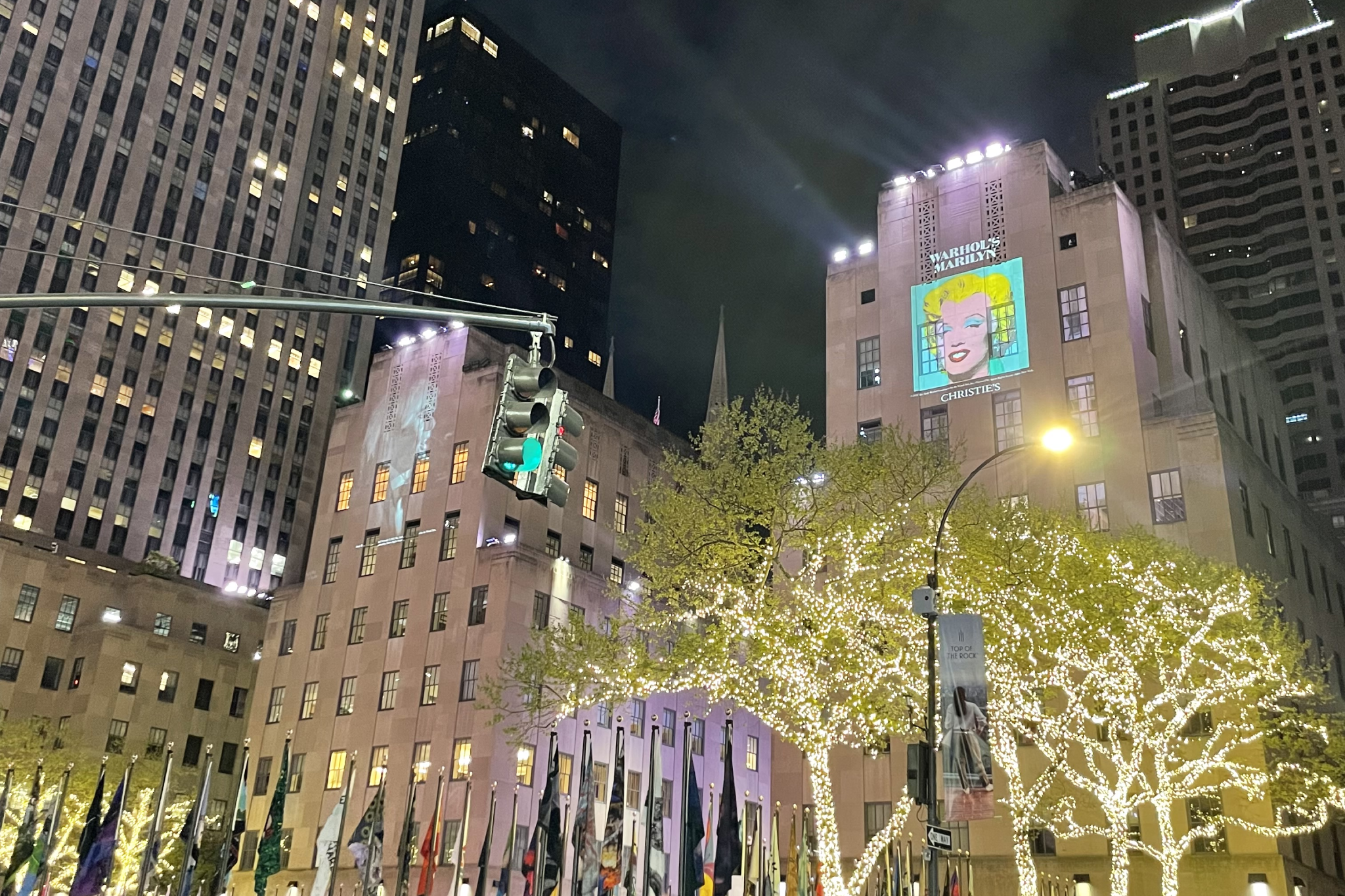 An iconic Andy Warhol painting is projected onto 30 Rock

A quarter of Andy Warhol’s iconic ‘Shot Marilyns’ series (four screen-printed canvases in different colors) will go up for auction at Christie’s on May 9, possibly becoming the most expensive 20th-century work of art ever sold at auction . (Fun fact: this title is now held by Leonardo da Vinci Salvator Mundisold for $450 million.)

To celebrate the occasion, the auction house is showing the piece, baptized Blow Sage Blue Marilynon the front of three buildings – 610 Fifth Avenue, 620 Fifth Avenue and 30 Rockefeller Plaza – between 7:30 p.m. and midnight every night through May 13.

According to ArtNet, “Archival footage of Warhol at work will be projected onto the sides of [the 30 Rock] building, housing [Christie’s] Siege of New York, during the same period].

The marketing doesn’t stop there either. A slew of New York venues will join the party: Pebble Bar is serving a custom cocktail inspired by the artwork until May 9, Lingua Franca is selling a Warhol-themed sweatshirt, Rough Trade Records is promoting a 1960s-inspired playlist and La Maison du Chocolat is creating a special showcase.

Return to Blow Sage Blue Marilyn: according to The New York Times, the painting “comes to Christie’s from the Thomas and Doris Ammann Foundation in Zurich, which supports health care and education programs for children”. All proceeds from the upcoming sale will actually benefit the foundation, “making the sale potentially the most profitable philanthropic auction since Peggy and David Rockefeller’s collection at Christie’s in 2018.”

While visiting the screening, you might also want to take a look at “Casa Batlló: Living Architecture”, a new public artwork on display outside Rockefeller Plaza that changes depending on its location. environment. (Believe it or not, this is actually a live NFT.)

Do you like doing things in your city? Tell us all about it in our annual, global, Dead Time Index Survey.