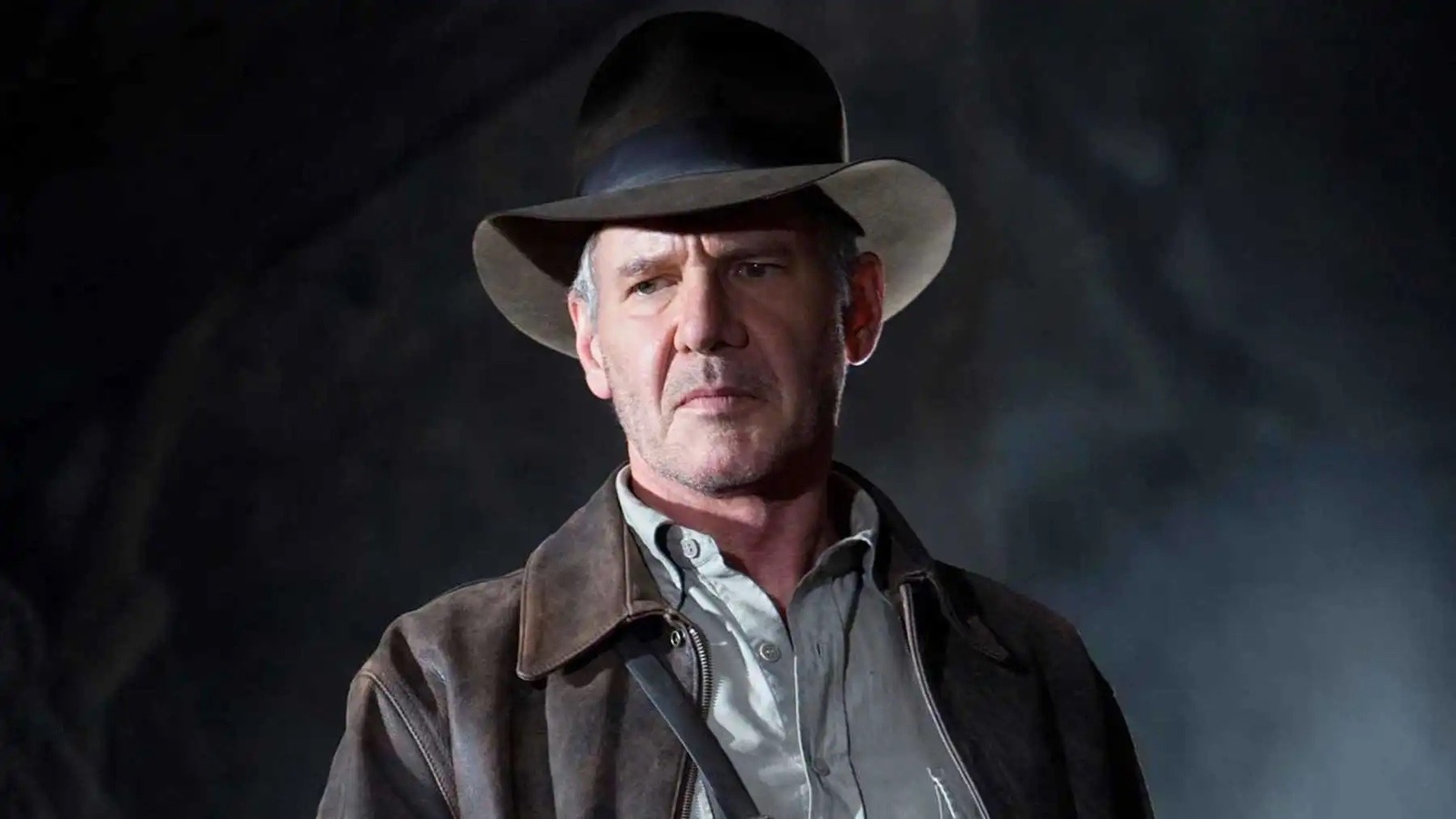 Here is the first official piece of Indiana Jones 5 Merch

While browsing the shelves of the World of Disney store at Disneyland, friend of /Film Reza Lackey discovered a brand new Indiana Jones shirt for sale. Printed on a gray shirt, the design features five silhouettes of the legendary adventurer in various poses with his signature whip above Roman numerals one through five, each representing a different film from the series.

Even though it’s a pretty cool shirt, it doesn’t reveal anything about “Indy 5”. More generic products like this are likely on their way to Disney parks and beyond in the coming months before the film’s theatrical debut, but the timing of this shirt’s release is the most curious part. We’re one day away from this year’s Star Wars celebration, which is taking place right outside Disneyland in Anaheim, California. On the con program for day one is a panel called Lucasfilm’s Studio Showcase.

Celebration is usually a place that focuses primarily on “Star Wars,” but the “Indiana Jones” series is also a big part of the Lucasfilm catalog. Could this be an indication that we might get some new information about Dr. Henry Jones Jr.’s latest adventure during the event? It is certainly possible. Maybe we’ll even get the first trailer for the highly anticipated film. Or it’s just a coincidence since the theme park is home to the Temple of the Forbidden Eye, home to the “Indiana Jones Adventure” attraction and a nearby gift shop that periodically needs new merchandise.

Coincidence or not, it’s always exciting to know that we’re getting closer and closer to the release of “Indiana Jones 5” after all this time. If anything pops up at Star Wars Celebration, we’ll be sure to keep our readers updated. Until then, get your leather jackets and fedoras ready for the film’s arrival in theaters on June 30, 2023.

How to spot predatory lenders