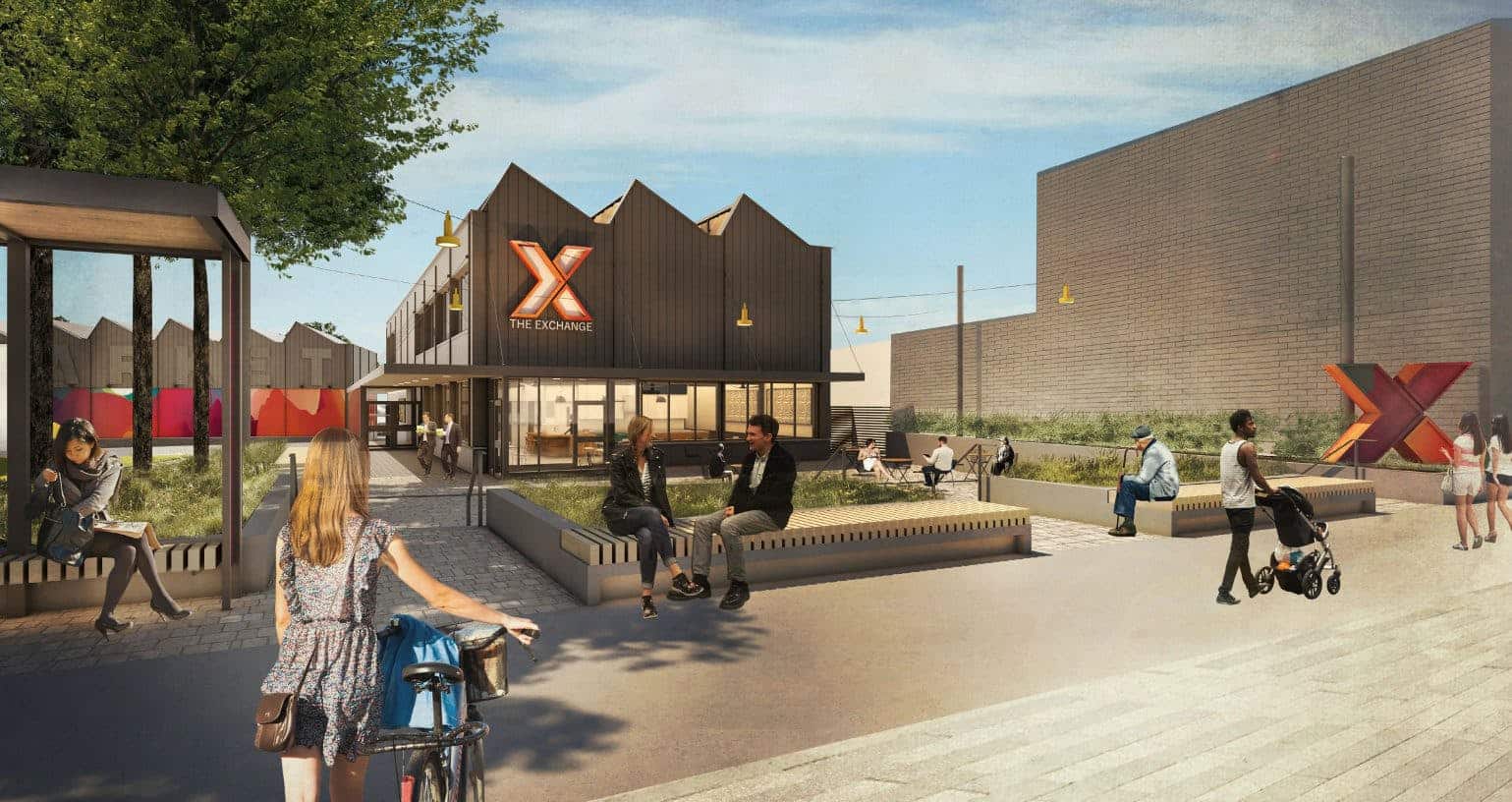 The Niagara Falls Exchange is an ongoing project to create a cultural center for the city. – All concept art via Niagara Falls.

Niagara Falls is asking residents to open their artistic eyes and critique a variety of options for a new piece of public art to honor the Niagara Falls Exchange.

The city selected five artists and creative teams for each of the potential design pieces, funded by a $2,000 stipend to cover costs. All five designs are awaiting public review on Niagara Falls’ Let’s Talk service.

After reviewing public comments, a jury will decide the final winner, who will then install the artwork. The winning structure will fill Main Street Plaza, “designed as an urban, landscaped plaza” by the city.

The winning project will receive $90,000 for installation on an elevation covered with serviceberry and Japanese spurge ground cover.

“Rendered on a larger-than-life scale and positioned to create a roughly pyramidal shape, these unique yet unified birds represent three of the many diverse bird species that migrate to and from the Niagara Region each year,” said Crombach. , “much like tourists and locals traveling to and from Niagara in different seasons.

The next step is the design of Germaine Koh. The interactive work includes three podiums whose height adjusts according to the weight of the people seated on the stool fixed to a hydraulic piston. This pressure change should result in ten inches of movement.

“The artwork will reiterate the site’s history and its renewed function as a place of exchange, creating a welcoming and engaging situation for social exchange that also recalls conditions such as commercial transactions and the industrial activity that contributed to the character of the city,” says Koh of the piece.

Third, Lilly Otasevic designed a piece around the concept of dialogue. It has many seats composed of the letters “#Dialogue” forming a semicircle. A nearby pillar, divided into four differently colored quarters, reads “Walk with me”, “I hear you” and “I am you”.

Otasevic described his goal as follows: “I would like to inspire a viewer to think about dialogue as one of the most important forms of human interaction. Think especially about the importance of sincere dialogue in contemporary times, where the speed of technology and life transforms communication into instant images and ersatz identities, for the most part.

Another option is a statue from Slipper Liu Studio. This piece features two stone figures resembling pod dolls. The twins, a girl with a long braid toasting and a boy taking a photo of the audience, were around 1.80m tall. The statue is meant to honor the Haudenosaunee people who first made Niagara their home.

“Our concept encapsulates the historical context of the Haudenosaunee of the Niagara Falls Exchange, early settlers with a strong connection to the farming community, wine industry, arts and music of today’s diverse Niagara Falls community” , the Studio said. Husk Dance is an iconic cultural destination that sparks photo opportunities as social engagement and memories.

Finally, is Kyle Thornley’s piece, dubbed “Creating a Buzz”. A sculpture of colorful fingertips protruding from the ground holding brushes dipped in paint, depicting symbolic flowers, and surrounded by bees.

Thornley said: “The sculpture offers a moving sense of movement, the bees actively in flight, gathering food and pollinating, an apt metaphor for the activities of The Exchange. The rich sensory experience of the installation encourages feelings of celebration, curiosity, optimism and well-being – abundant potential to highlight the goals of this meaningful project.

Residents have until May 5 to write their reviews of each piece online.

All painting puzzle solutions and rewards in Elden Ring