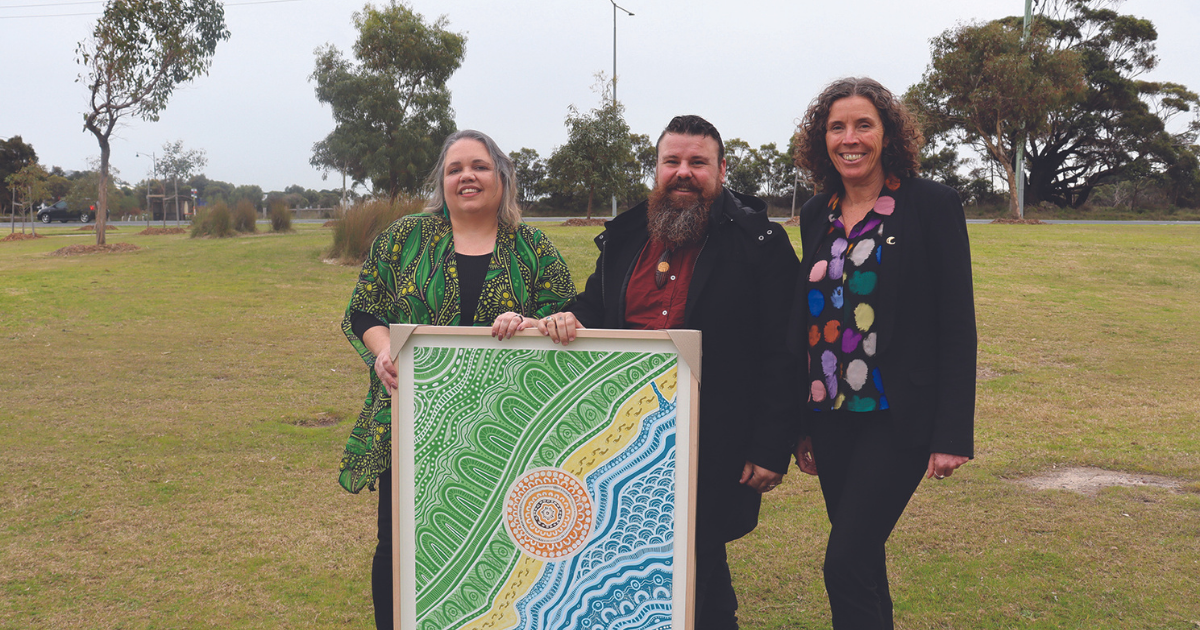 THE ARTIST Gerard Black did not tell the stories of his native heritage for a long time because of the prejudice and ignorance of others.

“I was painting when I was in my early teens and younger, then I quit because of this whole ‘don’t tell people you’re Native’ thing,” the 38-year-old said.

“There were bad stereotypes in that, and advice that you won’t get certain jobs or certain opportunities.”

The former Torquay resident and now owner of local business Tidal Tattoo Torquay shared his story during National Reconciliation Week (May 27-June 3) and said he identifies with its 2022 theme” Be brave. Make the change.”

“Three years ago when my son Oswald was born, I realized that I couldn’t let him go through what I had been through, and I couldn’t let him grow up without feeling proud of his culture – d ‘where he comes from and who his people are,’ Mr Black said.

“Then I knew the only way to do that was to be stronger in myself and share everything I knew, just spreading it out and embracing it.”

The Worimi man has since found fulfillment using his art to help share the ancient stories of his heritage and shared history with non-Indigenous Australians, each work in its own way being a stepping stone on a journey of reconciliation.

“I guess this way of making change for me is like creating positive change and positive connections with my art by educating and talking to people and sharing stories,” he said.

“I want to do it to a point where non-Indigenous people feel as connected to the stories as we do.

The Surf Coast Shire is working on its first Reconciliation Action Plan and has adopted one of Mr Black’s artwork to help symbolize the journey.

It depicts the green of the Otways and the blue of the ocean meeting at the beach. Footprints in the sand trace from either end of the beach to a common ground that is conducive to respectful encounters, deep listening and learning – a place where the green shoots of reconciliation could grow.

“Reconciliation Week opens up important conversations and learning opportunities, and challenges us to make change for the benefit of all Australians,” said Cr Stapleton.

“The more we know and understand, the better equipped we will be to achieve this ambition.”