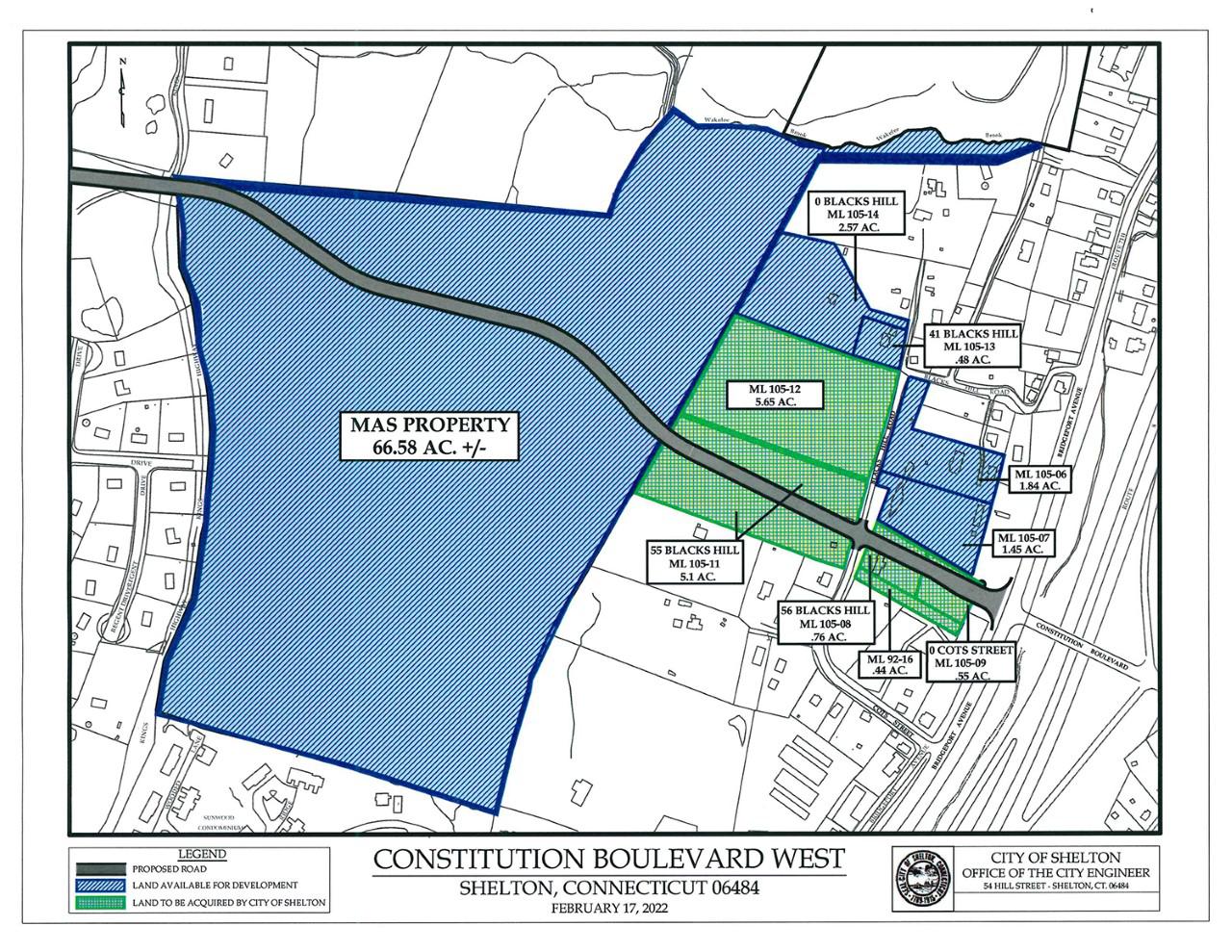 SHELTON — A town couple who own a local business now own six acres of land on the town-owned Mas property.

The Board of Aldermen at its meeting on Thursday approved the sale of the land to William and Nicole Charney, owners of Shelton-based Advanced Home Audio, which is currently located on Long Hill Cross Road.

The couple agreed to pay the city $85,000 per acre, which works out to $510,000. The aldermen’s approval says the total area and payment amount will be determined after the final subdivision of the nearly 70-acre parcel near Constitution Boulevard.

Mayor Mark Lauretti said his understanding is that the company will consolidate operations on the purchased land.

Lauretti said he remains in negotiations with three other major manufacturers considering buying land on the Mas property. He expects another announcement “in the coming weeks.”

“We provide simple control of integrated technology and automation including audio, video, lighting, shading, climate control, energy and power management, networking , phone, and security components,” the website says. “Our extensive experience, customer-focused approach, and high-quality service make it easy for you to reap all the benefits of custom technology solutions for your home or business.”

This latest sale comes weeks after Lauretti announced Bigelow Tea was buying 25 acres of the property for an estimated $2.1 million for future expansion.

A significant portion of the development extends Constitution Blvd. West, with offers between $4.5 million and nearly $10 million, Lauretti said in December.

Shelton State Rep. Jason Perillo helped secure $5 million in funding for the road expansion under the state’s 2021 bond program. Funding will be available once approved by the State Bond Commission, according to Perillo.

The causeway extension and use of the Mas property has been on the table for years, but Lauretti began the latest push in April when he presented preliminary plans for the creation of the road leading to the land owned to the city, which would be transformed into a manufacturing plant. business park.

Access plans for the 70-acre property include extending Constitution Boulevard to reach Route 108. Lauretti said a zoning change would be required, requiring plans to go ahead of P&Z at some point.

The Mas property is now vacant. It is mostly forested with considerable stone ledges and several ponds, including one about 600 feet long and 250-300 feet wide, and lies between Bridgeport Ave., Cots Street, Tisi Drive, Sunwood Condos on Nells Rock Road, Regent Drive, Walnut Avenue and Kings Highway. Part of the land adjoins the rear of the Perry Hill School property.

How to solve the Redmane painting puzzle

Ask the builder: Build a stone wall and arch