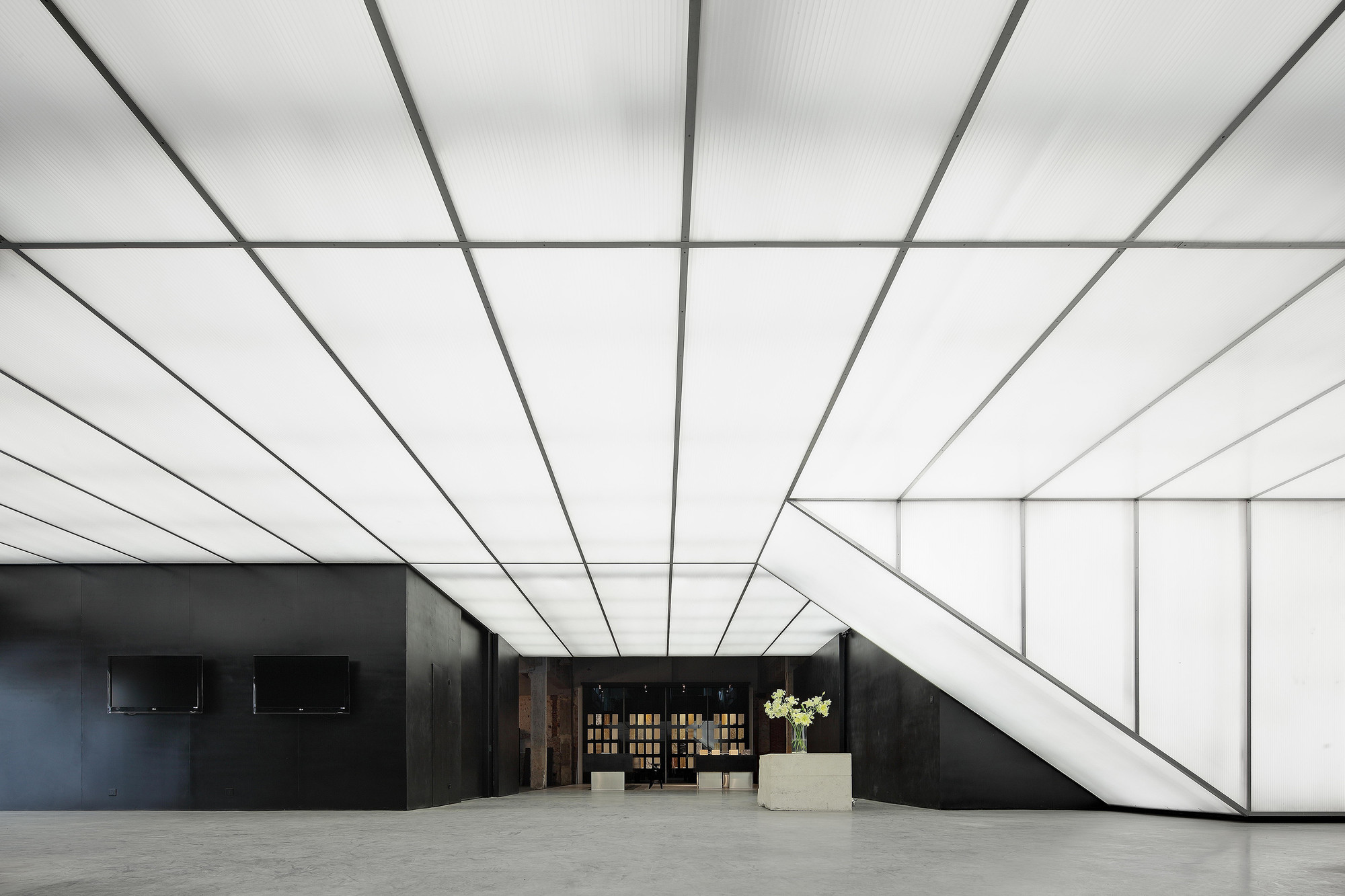 Text description provided by the architects. In recent decades, the Pearl River Delta (PRD) region has experienced the fastest urbanization and has become the so-called global factory, producing over 70% of the world’s daily produce. Due to large-scale urban sprawl and the pressure of a rapid industrial transition in this region, much of the former state industry has been moved from the city to the outskirts of the PRD.

These abandoned industrial sites quickly became a form of postmodern relics around the PRD’s urban area, particularly in its central city, Guangzhou. The Stone Art Gallery was one of the architectural experiments responding to the above reality. EMG Group, a local stone trading company, worked with the architect in an attempt to transform the 39e construction of YJQ Food Factory, a former state industrial site on the north bank of the Pearl River east of downtown Guangzhou.

This renovation project was aimed at a new art gallery, to showcase the art and culture of stonework, in the assembled building from the 1960s, which records almost the entire history of the YJQ factory.

In order to preserve the historical collective industrial memory of the economic era of state planning, the context of the building and the YJQ building site has been fully respected and maintained in the design scheme. The implanted mechanism that the architect designed grows with the original spatial logic.

A cross-shaped public domain is designed to form the backbone and connect the interior and exterior space. It functions like the T stage of the gallery and allows for various forms of exhibition and activity, including art performances or forums. The remaining interior space is thus designed for specific windows, a cafeteria and a lounge area. Again, a cross-shaped office platform is implanted within the precast concrete structural frame and suspended above the public domain floor, highlighting its central area.

The bottom of the new steel platform is furnished with translucent polycarbonate panels, with LED lighting installation inside. This implanted lighting vessel floats in the air of the brutal historic precast concrete structure. The architectural dialogue has been created between the new and the old, between weight and weightlessness, between the past and the future, all together form the performing background of the art of stone, art which even contains billions of years of geological memory.