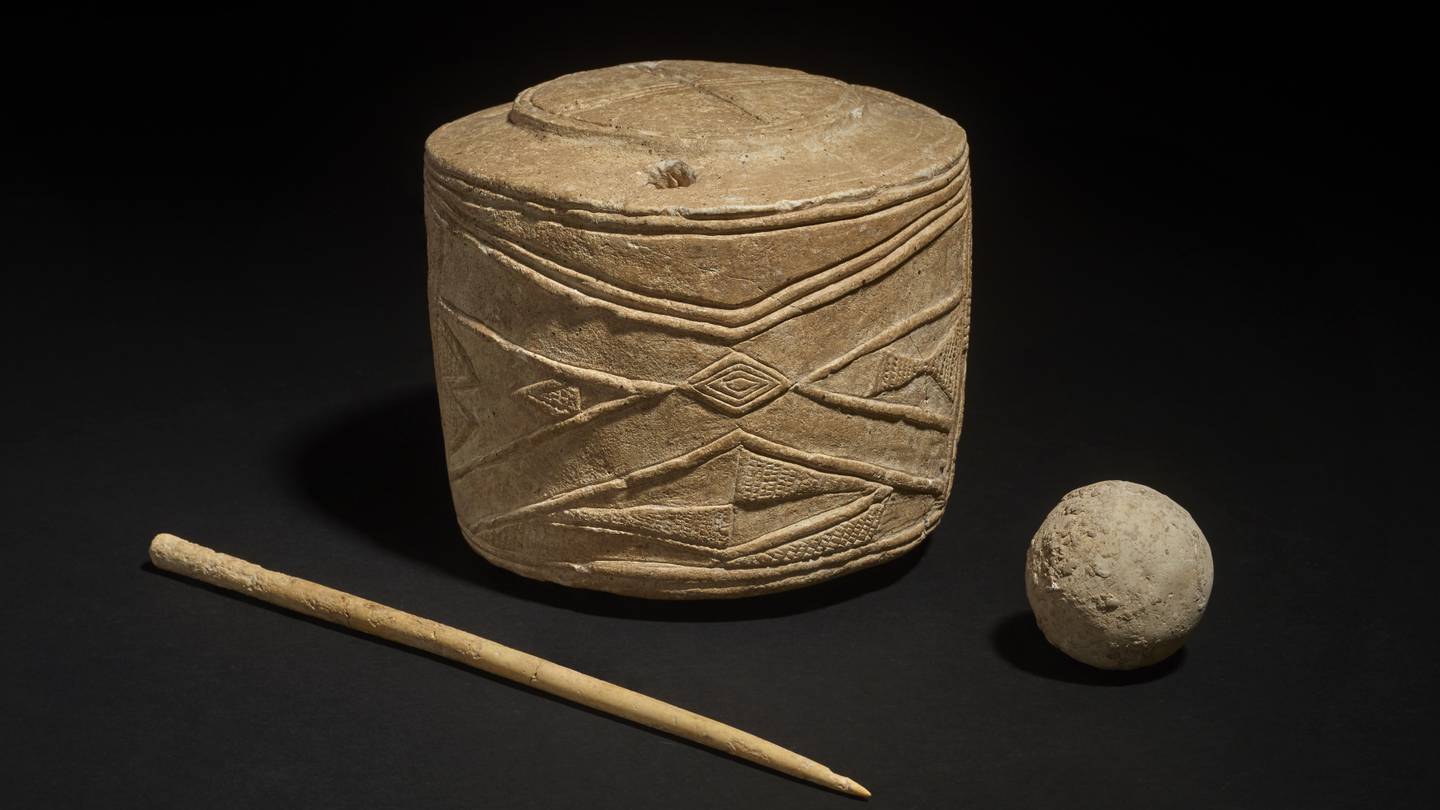 The British Museum calls this 5,000-year-old drum the “most important piece” of its kind

A carved stone drum unearthed in England is one of the most important pieces of prehistoric art found in the country, the British Museum said on Thursday.

The 5,000-year-old chalk-carved drum is featured for the first time in a major exhibition on the Neolithic site of Stonehenge and its historical context.

Extensive research into the drum, which was discovered near a Yorkshire village in northern England in 2015, confirmed it is one of the most important ancient artifacts found in the British Isles, a indicated the museum.

“It’s a truly remarkable find, and it’s the most significant piece of prehistoric art found in Britain in the last 100 years,” said Neil Wilkin, curator of The World of Stonehenge exhibition. “, which opens on February 17.

The drum is “one of the most ornately decorated objects from this period to be found in Britain and Ireland”, and its style echoes that of objects from Stonehenge and related sites, the museum said. .

Seemingly created as a sculpture or talisman, rather than a functional musical instrument, the drum is one of only four known examples.

It was found next to the graves of three children who were buried close together, touching or holding hands. The drum was placed just above the eldest child’s head, along with a ball of chalk and a polished bone pin.

The drum was found about 380 kilometers from Stonehenge near the village of Burton Agnes.

A ball and similar pins were found in and near Stonehenge.

This suggests that communities in Britain and Ireland shared “artistic styles, and probably beliefs, over remarkable distances”, the British Museum said.

“Analysis of its carvings will help decipher the symbolism and beliefs of the time when Stonehenge was built,” Wilkin said.

The British Museum’s collection includes a group of three similar drums found in 1889 at the burial site of a single child about 15 miles (24 km) from the last discovery.

The museum describes these three, known as the Folkton Drums, as “some of the most famous and enigmatic ancient objects ever discovered in Britain”.

Radiocarbon dating revealed that they were created at the same time as the first phase of construction at Stonehenge, between 3005 and 2890 BC.