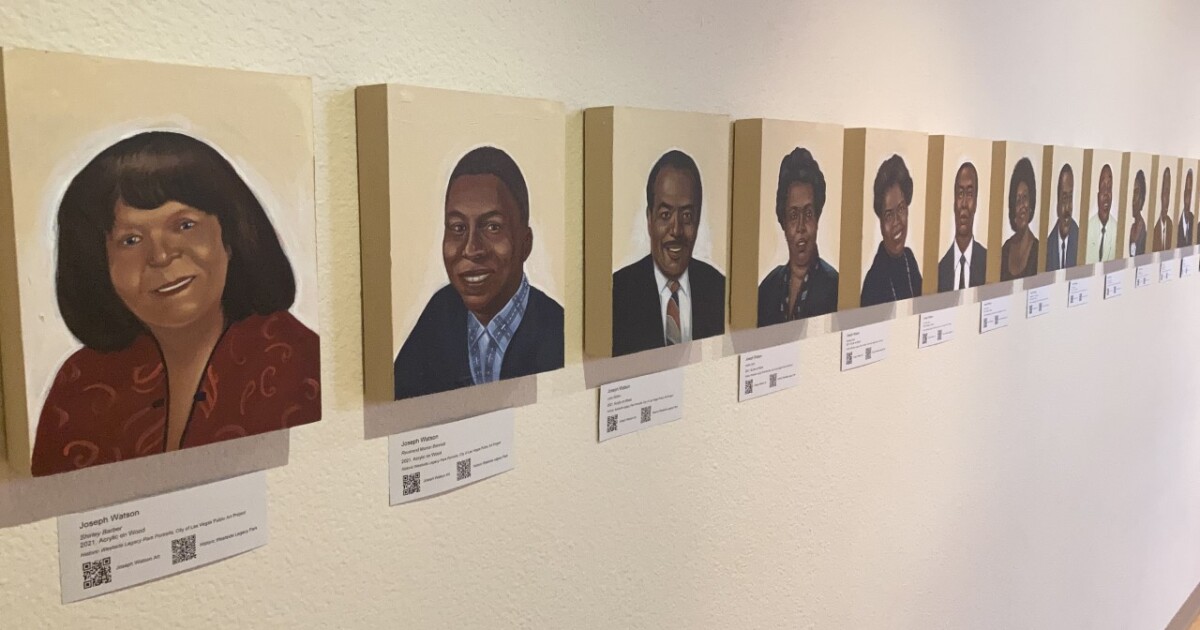 LAS VEGAS (KTNV) — Joseph Watson says he was in disbelief when the city of Las Vegas asked him to immortalize the African-American pioneers who helped shape the valley.

“It was a chance for me to carry on the legacy of people who had an incredible impact on our city,” he said.

Watson has been painting for decades. While his works are displayed in libraries and art galleries across Las Vegas, one of his most prized series can be seen at City Hall.

In celebration of Black History Month, the City of Las Vegas hosted a series of artwork by local painters displayed at the African American Heritage Exhibit. The gallery is called “A Focus of Portraits”.

Watson was commissioned to paint the portraits of the 36 winners which are engraved in black and white on the Legacy Park plaques.

The stones detail the accomplishments and activism of black pioneers throughout the valley. Watson felt it was important to capture each individual’s powerful and impactful contribution through their face.

“There was the pressure to create the highest quality portrait possible and to enlighten them,” Watson said.

The exhibit is currently open through April 14, Monday through Thursday from 7 a.m. to 5:30 p.m. It is located on the second floor of the Las Vegas City Hall Chamber Gallery at 495 South Main Street.

Rescuers tear down rock wall in tow law to save cat