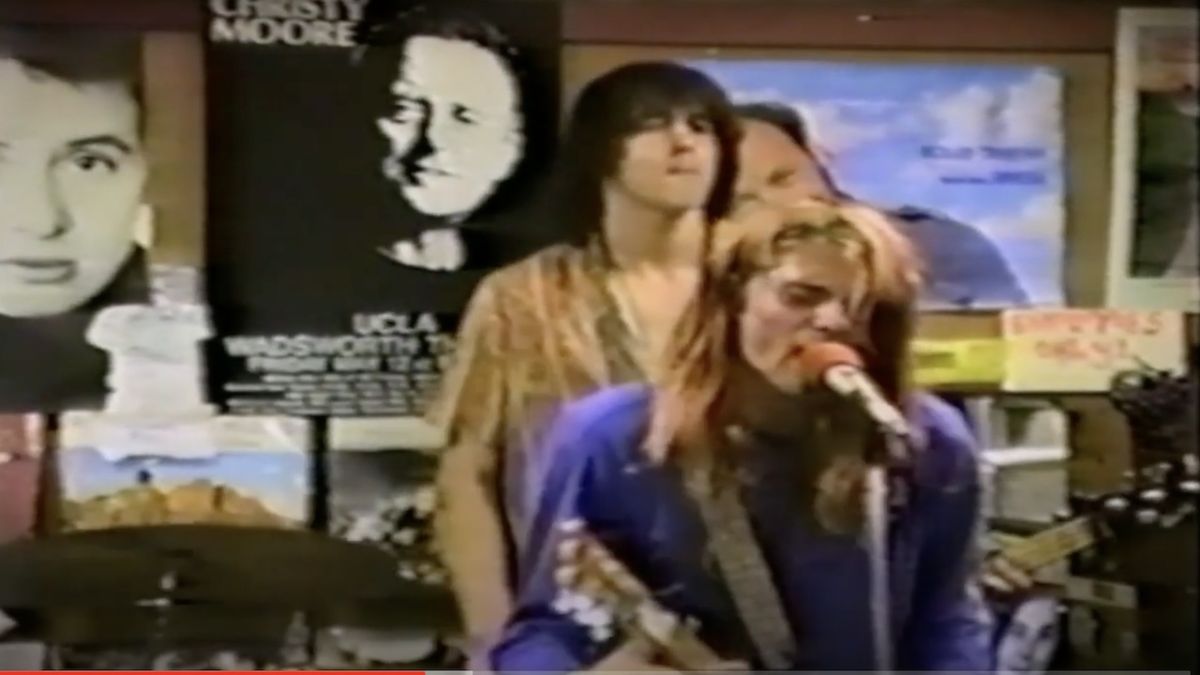 In February 1989, Nirvana frontman Kurt Cobain decided his band needed a second guitarist to round out their sound. Drummer Chad Channing suggested that his childhood friend Jason Everman might be a perfect fit for the band, and the guitarist played his first gig with the newly expanded rockers from Aberdeen, Washington during a dorm night at the Evergreen. State College on February 7, 1989.

Everman’s recruitment also benefited Nirvana in another way: when producer Jack Endino billed Sup Pop for his work on the trio’s debut album, Bleach, the band’s new guitarist offered to settle the $606.17 bill.

Bleach was released by Sub Pop on June 15, 1989, and a week later the four musicians hit the road promoting the album, playing their first gig of the tour at the Covered Wagon Saloon in San Francisco on June 22. The following evening, at 6 p.m., Nirvana played a free in-store gig at Rhino Records in Westwood, Los Angeles, performing songs from their recently released debut set, as well as the as-yet-unreleased track Divewhich was demoed with Everman at a studio session in April, and a brand new song called Polly.

It wouldn’t be one of Nirvana’s busiest shows, nor one of the band’s most talked about performances, but, in hindsight, the gig can be seen as a pivotal one for Cobain’s band with the newly confident delivering a powerful and richly melodic ensemble that served as witness to their irresistible momentum.

Watch the show below:

Unfortunately, Jason Everman’s future would be significantly less bright: After Nirvana’s New Music Seminar concert at New York’s Pyramid Club on July 18, Cobain canceled the remaining tour dates and told Everman that his services would not be available. no longer required. Everman then joined Soundgarden, playing bass, but his stint with Chris Cornell’s band was equally short-lived. In 1993 he joined the United States Army, where he served with much greater distinction.