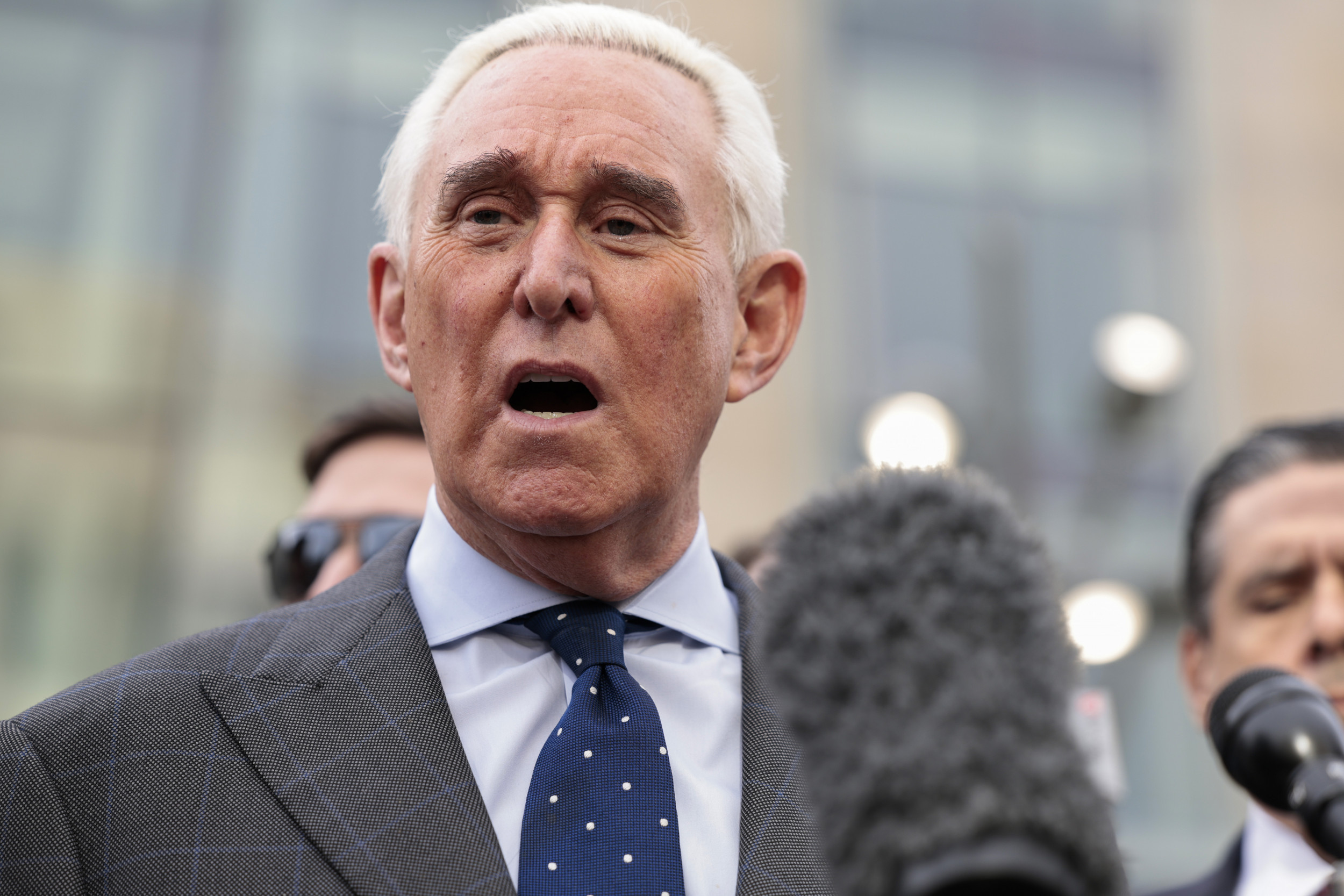 Right-wing strategist Roger Stone shared a video clip over the weekend of himself greeting former President Donald Trump and telling him that Florida Governor Ron DeSantis, a Republican, is a “piece of shit.”

Trump has spoken favorably of his relationship with DeSantis, but there have been reports of a feud between the two prominent Republicans. The Florida governor is believed to be considering a potential GOP bid for the party’s 2024 presidential nomination, which Trump has also strongly hinted he plans to pursue. The former president in January called rumors of tensions between him and DeSantis “fake news.”

Stone posted a 14-second video clip on Rumble, then shared the link to Telegram and Gettr on Saturday. The prominent Trump ally captioned the clip: “Roger Stone and Donald Trump together again.”

The video begins by focusing on Trump at what appears to be his Mar-a-Lago resort in Florida, where he resides.

“Roger, mate, I didn’t even see you,” the former president said as he walked over to give Stone a light hug. “How can I not see my friend?”

“God bless you,” Stone said in response. Trump then says something inaudible before his friend leans in, waving his hand, as he says, “Ron DeSantis is a piece of shit.” The video then suddenly cuts out.

Stone has previously criticized the governor for what he called “disloyalty” to the former president.

“Governor Ron DeSantis refuses to put his own presidential ambitions on hold until President Donald Trump has decided whether he wants to run again,” he said in a January video. “I consider this an incredible act of disloyalty and ingratitude.”

In November last year, Stone emailed his supporters saying he would not support DeSantis if he chose to run in 2024.

“Let’s just say in the event that he doesn’t choose to run, let’s just say Governor Ron DeSantis would not be the candidate I support,” Stone wrote, Politico reported. “Republicans, conservatives and Trump supporters across the country, who are in awe of our governor with his high-flying rhetoric, need to focus carefully on his public policy decisions.”

However, he also praised DeSantis as recently as this month. “Governor Ron DeSantis is a hero for mounting the ramparts in the culture war,” he wrote in a message on his Telegram channel on April 4.

Trump was asked about a possible DeSantis candidacy in 2024 during an interview with The Washington Post earlier this month. The former president said he doesn’t think the Florida governor, along with several other top Republicans, would want to run against him.

“If I was running, I can’t imagine they would want to run. Some out of loyalty would have struggled to run. I think most of these people, and almost all of the names you mentioned, are there because of me. In some cases, because I supported them and endorsed them. You know, Ron was at 3%, and the day I endorsed him, he won the race,” the former president said.

In a January interview with Fox News, Trump claimed, “I get on well with Ron” and that rumors of a rift between him and the Republican governor were “fake news.”

“He wants to see Republicans do well,” DeSantis said of Trump in an interview with Fox News in February. “And I think when the media tries to act like they’re mad at me for doing well, I think that’s completely crazy. I think they’re just making it up.”

The governor has previously dismissed speculation about 2024 presidential ambitions. “Any speculation about me is purely fabricated. I’m just doing my job,” he said at a press conference last September. “I hear all this stuff and honestly it’s nonsense.”