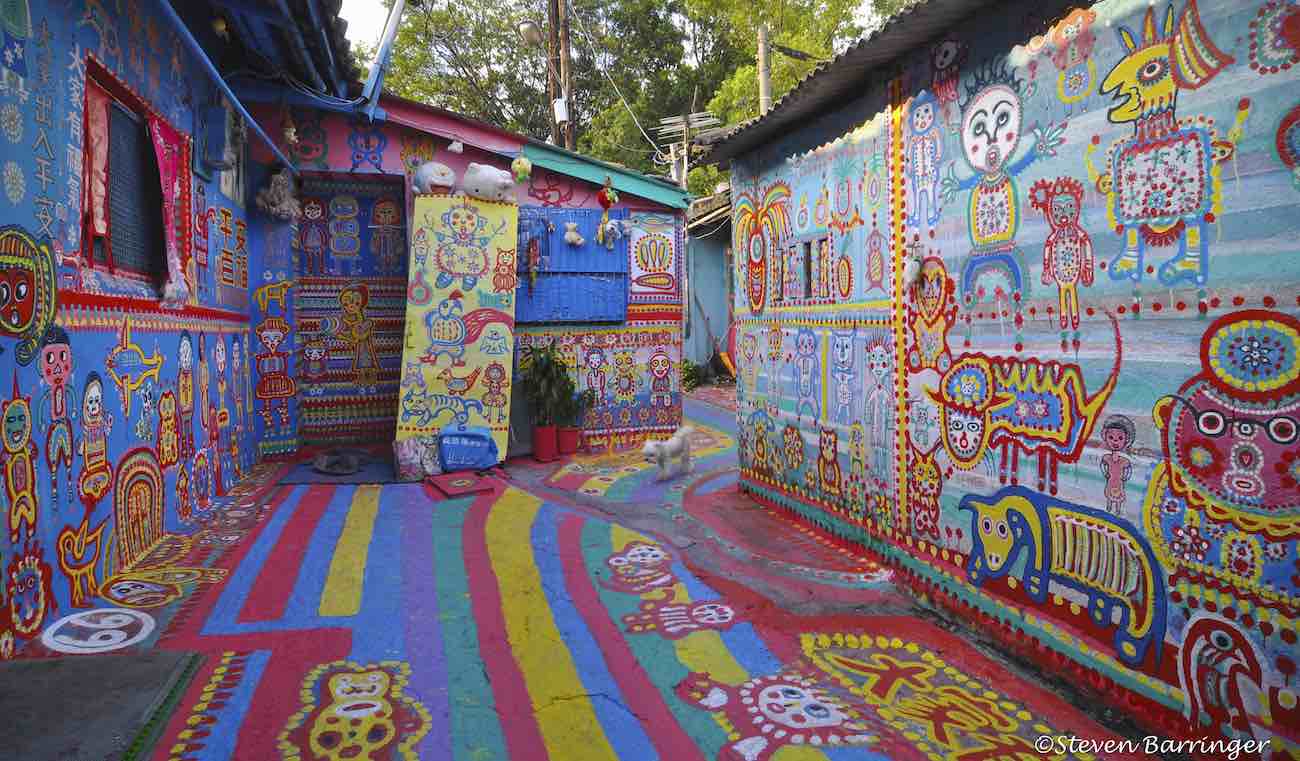 14 years ago in Taiwan, an 84-year-old veteran painted an entire government village to prevent it from being demolished. Now 98 years old, the painter is still there, as is the village, which has since become a famous tourist destination.

A series of small one-story houses, Rainbow Village is now an urban park where painted animals and human figures sit happily in every color imaginable on a grid of rainbow boulevards.

When Huang Yung Fu started painting the occasional walls of the extremely drab Caihong Military Dependent Village in Taichung City, it was originally to relieve boredom.

But when Huang learned that the ghost town he and his wife lived in was to be razed, he went into artistic overdrive, covering every cobblestone, gutter and doorway with pictures and paint.

Now an internationally renowned tourist attraction, Huang and his wife are the sole residents of Rainbow Village, where they welcome visitors and live their lives.

FOLLOWING: Wildlife photographer captures charming portraits of the creatures that visit her garden

“In 2010, professors and students from Ling Tung and Hungkuang universities stumbled across the paintings and were struck by their cute and expressive nature,” the Ministry of Cultural Heritage wrote.

“Student Charles Tsai has brought together students and teachers to call on the Taichung City Government to preserve this unexpected piece of cultural heritage, by spearheading the ‘Save Rainbow Village’ campaign. As news spreads, was spreading, Huang himself began to be known as “Rainbow Grandfather”.

The campaign was successful and the area is preserved in Taichung as an art park. Lonely Planet listed it as one of the “Secret Wonders of the World” and Cultural trip put it as Taiwan’s “instagrammable spot”.

Due to the cost of maintaining the village, the government established the Rainbow Cultural and Creative Co. which produces the tourist infrastructure and helps provide the paint to enlarge and repair the murals.

ADD a pop of color to those social feeds; Share this article…